One Book, One Hadassah: Live With Francine Prose and 'The Vixen' 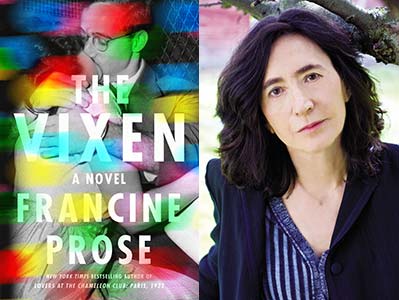 Join us Thursday, December 9, at 7 p.m. ET / 4 p.m PT , as Hadassah Magazine Executive Editor Lisa Hostein interviews critically acclaimed author Francine Prose about her latest novel, The Vixen. A penetrative and humorous look at the McCarthy Era and the Jewish struggle for acceptance in post-World War II America, Prose's novel follows a young Jewish man, a recent Harvard graduate, as he navigates among loyalty to his middle-class family and Jewish values, his conscience and his own ambitions in the glittering New York City publishing world. This event is free and open to all.