One Book, One Hadassah: Live With Rachel Barenbaum and 'Atomic Anna' 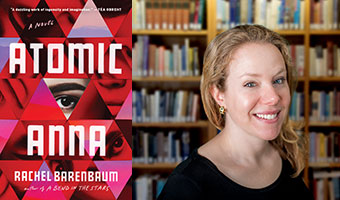 Join us on Wednesday, June 15, at 7 PM ET / 4 PM ET, as Hadassah Magazine Executive Editor Lisa Hostein interviews best-selling author Rachel Barenbaum about her new novel, Atomic Anna. A time-travel story centered in the dilemmas of the atomic age, the ambitious and timely novel follows three generations of Jewish women as they attempt to prevent the Chernobyl nuclear disaster and save their own family. Exploring intergenerational trauma and Jewish identity in both the former Soviet Union and 20th century America, Atomic Anna grapples with themes of love and responsibility and the bonds between mother and daughters.